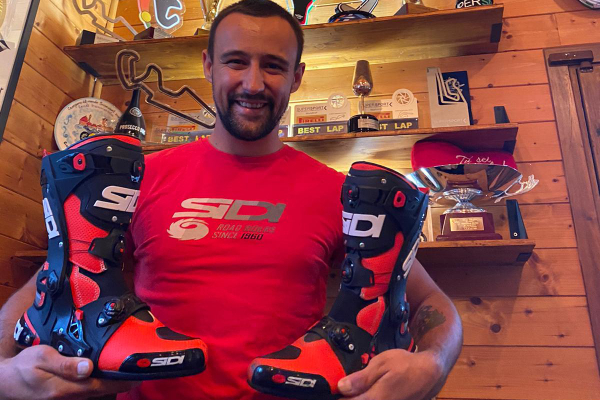 The race to achieve my life goal began in 1993.  My father was a pilot and gave me a mini motorbike as a present. What a dream! I remember it so well: it was red and blue and I rode it for the first time in Brno while dad was racing on the circuit. I was just three years old and I didn’t know how to ride it. I remember I spent the whole day doing the paddock climb over and over again and I was over the moon, like never before.

Two years later, I took part in my first motocross race in Switzerland and, by the end of the day, I had made up my mind and told my father: “I want to be a pilot and become a World Champion.”

In the ensuing years, I started to race on the track also with fast motorbikes, but the turning point was in 2006 when, thanks to Red Bull KTM, I had my first race: the Grand Prix, cat. 125cc, at the Donington Park circuit in the UK.

Ever since, I devoted my years mostly to speed races in the Moto2 and 125cc category .

In 2016, I decided to shift to Supersport 600, and that step paved the way to making my dream come true. In that debut year, I understood I could get great satisfaction through that change in my career. Just three years later, I became the World Champion exactly as I had told my father an afternoon in Switzerland after his races.

Sure, it has not been an easy path but, day after day, I have cultivated the belief that I would succeed and I was proved right.