Five stage victories, two red numbers for the most aggressive, a mountain jersey and four absolute stars. This is how the 77th Vuelta a España ended for Sidi. 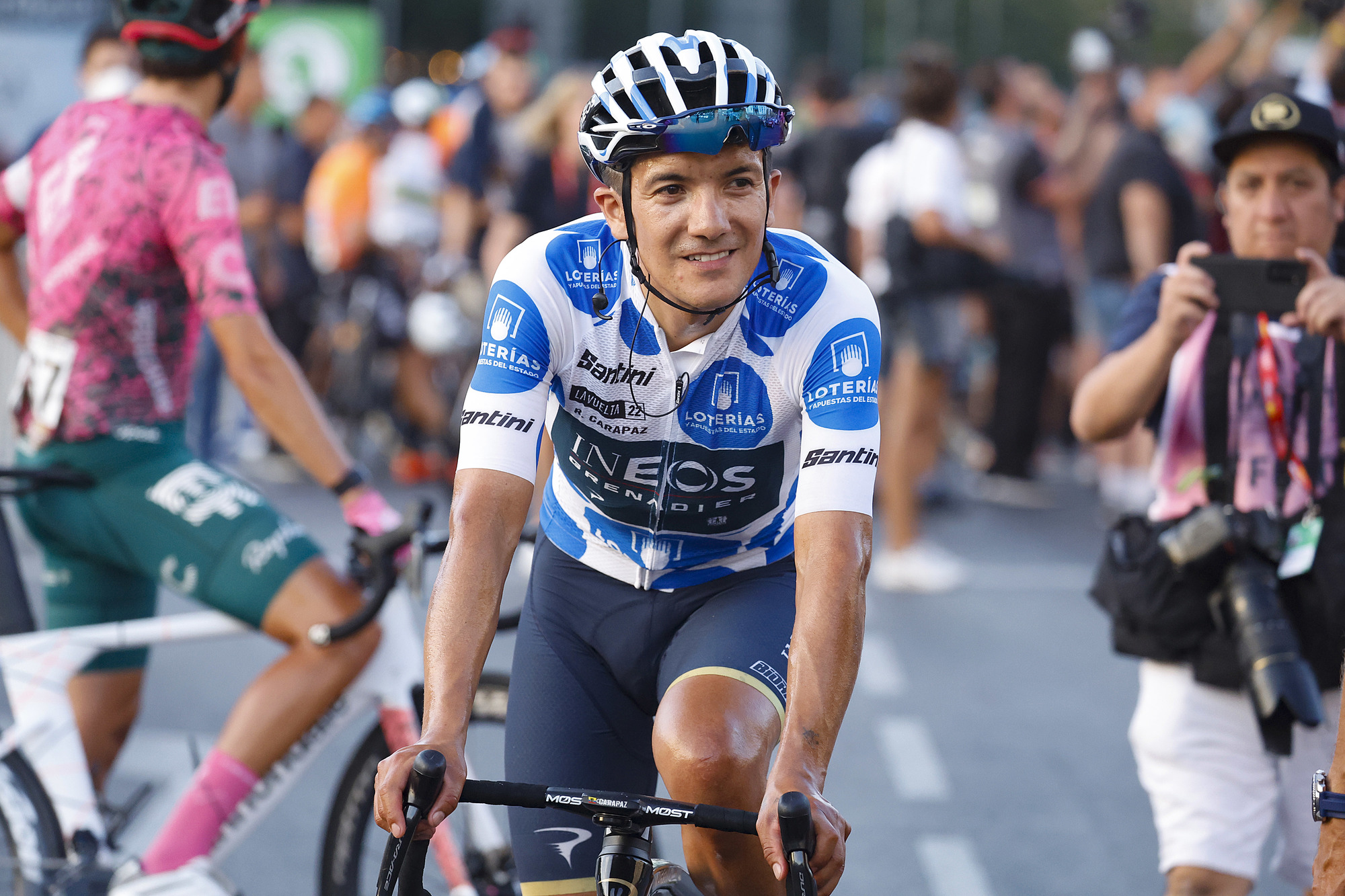 Battistella and Soler convinced the judges with their courage and team spirit, so much so that they were awarded the red number to be placed on their jerseys. Not only an award for aptitude but further motivation to pursue future goals. Soler also won the stage from Irun to Bilbao, saying: 'I didn't expect it, I did it and I am very happy. I wanted to be in the breakaway but I didn't manage it. I tried on the climb and gave it my all. I am thrilled.

It was a truly golden season for Richard Carapaz, who scored three victories and won the mountain jersey at the end of the 18th stage, demonstrating his unquestionable talent as an out-and-out rider. At the end of the penultimate stage, the former Olympic champion said: "This day was my goal from the start. We knew it was a tough stage, there was a lot at stake and especially the general classification. I raced, making my moves when I had to. The riders in the breakaway supported me, and in the end I knew I could attack in the finale to try and win. I am very excited, I think it shows the kind of rider I am."

First overall victory at the Spanish race for Rigoberto Uran, who won the 17th stage, from Aracena to Monastero de Tentudìa, after showing that he had the strength to always be among the leaders, even in the toughest mountain fractions. It was very emotional for the Colombian who, after several top ten finishes, managed to hit his target and commented: "It's always great to win, I have been chasing success at the Vuelta for many years. The team made it possible, my family supported me and I believed in myself. Often, when goals are not achieved, you have to be realistic, but today we are happy".

Soler won the stage from Irun to Bilbao, saying: "I didn't expect it, I did it and I am very happy. I wanted to be in the breakaway but I didn't manage it. I tried on the climb and gave it my all. I'm thrilled.

The Spanish stage race is the last of the three grand tours of the professional cycling calendar and also the one that tests the peloton the most from a climatic perspective. The ideal terrain to put the high quality Italian brand to the test.

While Uran and Carapaz relied on the Shot, Soler and Battistella chose the DZero version to compete in a race that has always been known for its mix of difficulties presented by the route - hard and demanding - combined with the scorching Spanish summer.