After several years with INEOS-Grenadier, Gianni Moscon is preparing for a new adventure with the Astana Qazaqstan Team, whose colours he will wear to chase the Classics. Nothing changes for Sidi, who will remain at his side - or rather at his feet - to support him throughout the 2022 competitions. Before focusing on his upcoming season, Moscon stopped by Sidi's Treviso headquarters for a little tour and a chat. He shared with us his goals and the excitement of having been in charge of the queen of the Classics: Paris-Roubaix.

"When you're in the race the emotions are not processed consciously," he explained, recalling those moments. "I realised I was in the lead but I only had one thought: I had to get to the velodrome. The last few kilometres were like a time trial, I had to get to the finish line as quickly as possible, so I was so focused that I didn't let my emotions get in the way. I only had one goal: to manage my lead as best I could."

Gianni also talked about his penchant for this type of racing, looking back at the first times he approached the treacherous and technical courses in the north. "These races were not so attractive to riders aiming for other competitions, so I had the chance to try my hand at these terrains right away. It wasn't planned, but it was love at first sight." 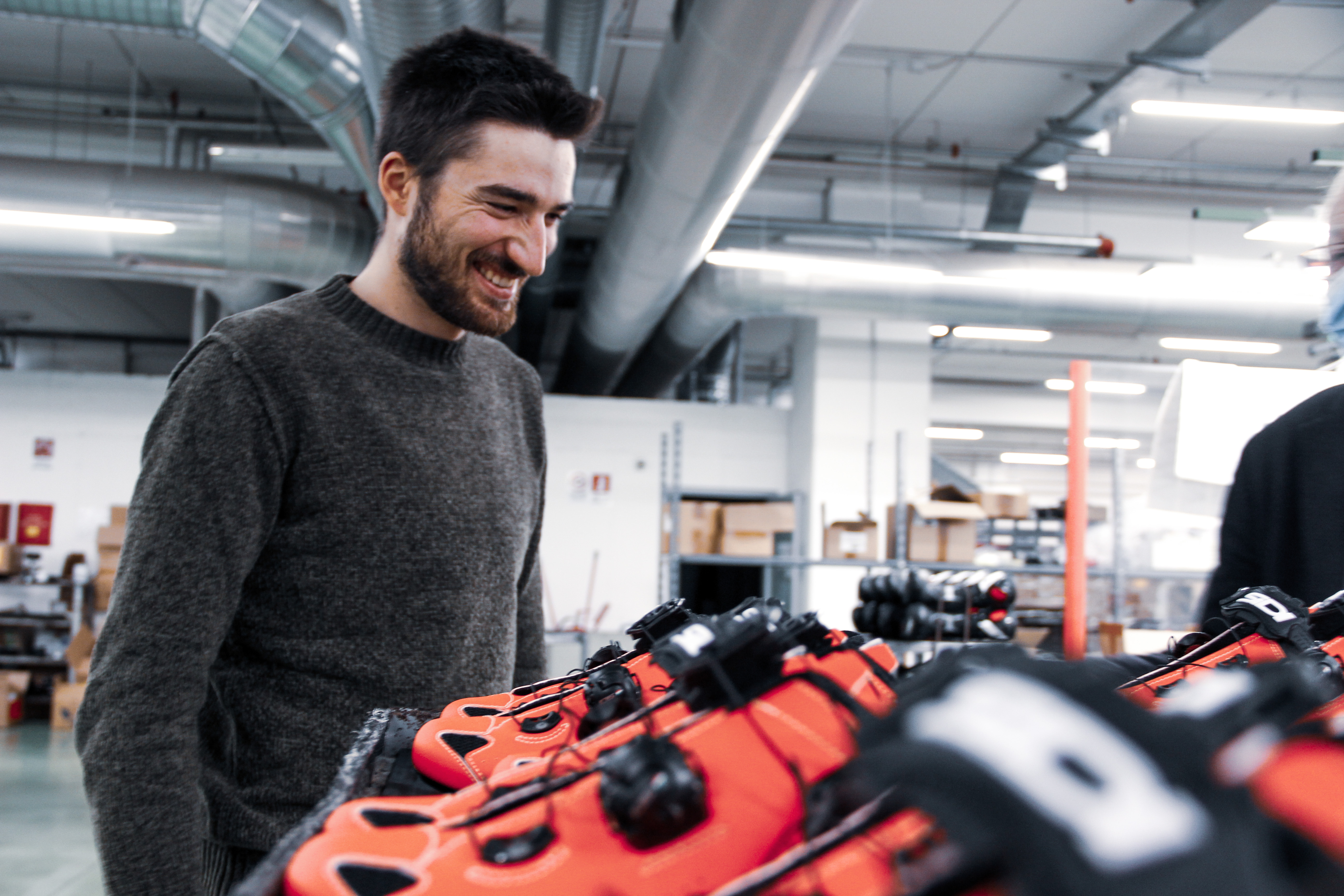 Rosella Signori was thrilled that the athlete confirmed the partnership with Sidi for next season as well. "Last season gave us incredible emotions. The last kilometres to Roubaix were heart-stopping and we are happy to have such an athlete still in our team".

The rider from Trentino, who has been wearing Sidi since he was fourteen - Allievi category - said he was enthusiastic to meet again the Italian riders who race in Astana Qazaqstan Team and wear the shoes of the brand from Treviso: "It's like being back in the family. With Leonardo (Basso), Simone (Velasco) and Samuele (Battistella), I rode for Zalf, and for me it's like stepping back in time, I get on very well with them, we're friends and knowing that we'll be racing with the same colours again makes me feel at home".

Without making too much of a secret, Gianni also revealed his expectations for next season. "From the team I expect confidence and I hope to be more competitive. As for my participation there is already a clear idea about the Monument races that we will confirm soon. For my part, I hope to give my best in all the races that I will compete in".