In my family no one rode a bike and no one played sports. I approached cycling because my dad suggested me to give it a shot. I was not great at school. In fact, I was doing very badly and he wanted me to try a sporting career. I tried soccer, swimming and athletics but none of these disciplines were actually good for me.

One day he took his bike and told me, “Come on, come with me”. That’s when I started pedaling for the first time, together with him. In 2001 I enrolled in my country's cycling school. Urrao is a town in the heart of the Andes where there were many children. I did a week's training and my uncle loaned me his bike for the first race of my life. There was a time trial to race, but I had no idea of what it was. They told me, “Ok, go from here to there as fast as you can”. I did it and I beat everyone. Thus, my cycling experience began.

A month later my father lost his life tragically. Urrao is a country that has always been plagued by wars and internal conflicts and my family, like many others, has paid the consequences of that. This marked all of our lives. I was alone with my mom and my sister and, from then on, cycling gave me the strength to take care of them. At fourteen I was working to bring food at home and, at the same time, I was going to school and training. I spent four years in Colombia - two as a pupil and two as a junior. 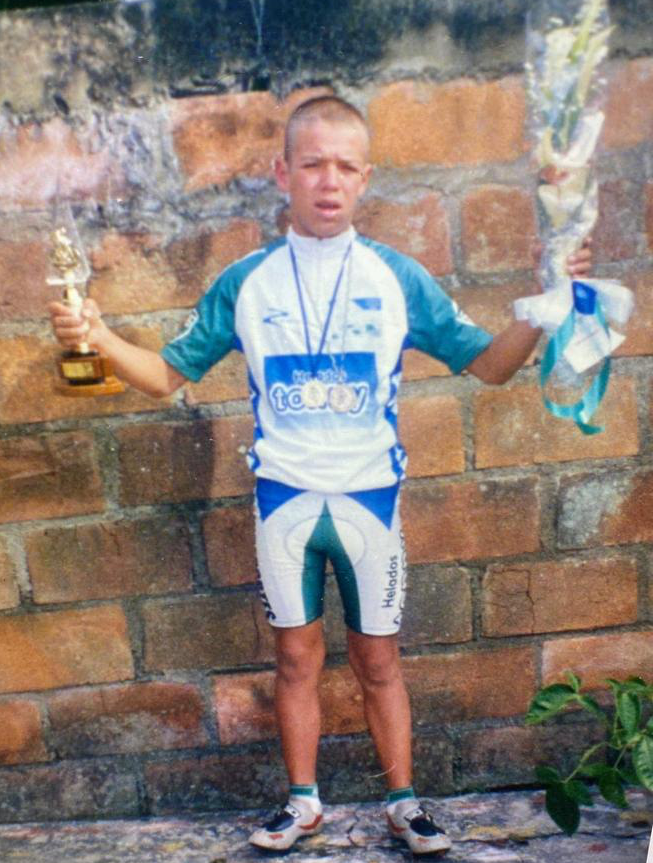